It’s typical April weather here, with several seasons in one day. I have just about mastered the art of rushing back to the house with everything that isn’t waterproof as soon as dark clouds appear on the horizon. The late tulips are still flowering, my 3 lilacs, which are pale lilac, white and deep purple, are flowering and the roses have just started. I am hoping that this year I won’t be visited by the deer who ate so many flowers and buds last year!

I have been busy planting Swiss chard, lettuces, cauliflowers and calabrese. I have lifted all the leeks and celeriac remaining from the winter crops, and have been making lots of soup. Broad beans have just started cropping and I think this is going to be the most successful year for them. This is surprising as it has been quite a dry winter and spring until now but perhaps the ground was just too sodden for them to grow properly last year.

I have also been buying plants for my 2 new oval beds and more plants to go around the pond. I have found it quite difficult to buy good herbaceous plants here in south west France, the nurseries and garden centres do not have a large stock. I am intending to visit a garden and nursery at St Avit St Nazaire, which is a village about 15 minutes from where I live, as it sounds interesting and independent nurseries often have much more unusual plants. I am looking for more grasses and late summer perennials, and some more pond plants, both water plants and marginal plants.

I have 4 large bags – known as ‘les big bags’ in France – sitting near my potagers, which were delivered about a month ago. 2 contain compost and 2 contain woodchip mulch. I have been busy spreading the compost around crops, fruit bushes and trees, and the mulch around the roses and lavender in the front garden. It is very good quality and I bought some compost from the same person 3 years ago.

I have planted 2 more Betula utilis near the pond, and have also had some Prunus caucasica planted around my hideous gas tank. I am hoping they will grow quickly! 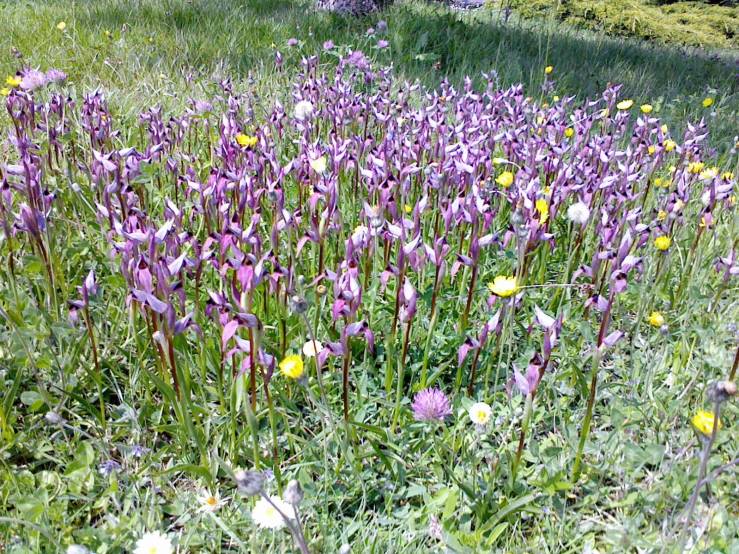 The tongue orchid Serapias lingua and Serapis vomeracea have been putting in a fantastic display as always in the wilder part of the garden. 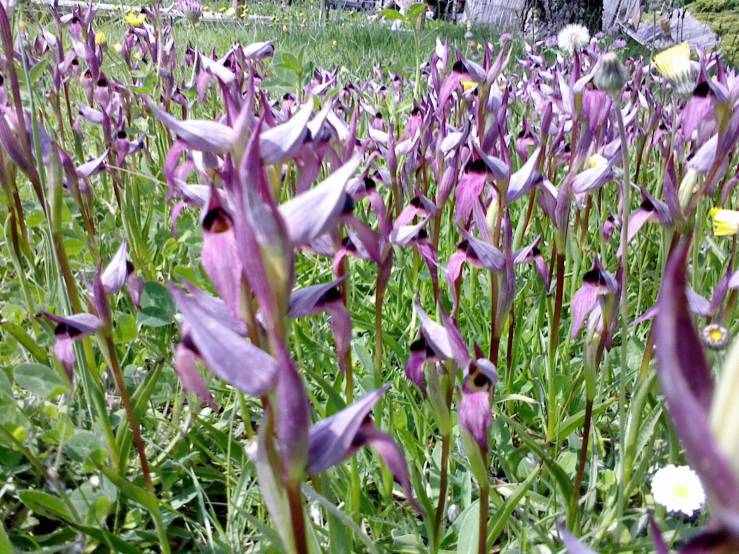 In south west France the roses flower in May and I will be visiting the Jardin de Boissonna, a famous rose garden,  at Balleysagues near Duras at some point during the month. I am also looking forward to a garden visit later in May to a garden east of Bergerac with my gardening club.

In late July I am going on a garden tour in Kent and East Sussex, which visits 9 gardens, including an evening visit to Sissinghurst, Sarah Raven’s garden at Perch Hill, and Christopher Lloyd’s garden at Great Dixter. I will be taking lots of photographs!