There has been a long gap since my last entry, I have been trying to catch up with the garden following several months of rain and then very hot, dry weather.  I have also been busy with garden design work. 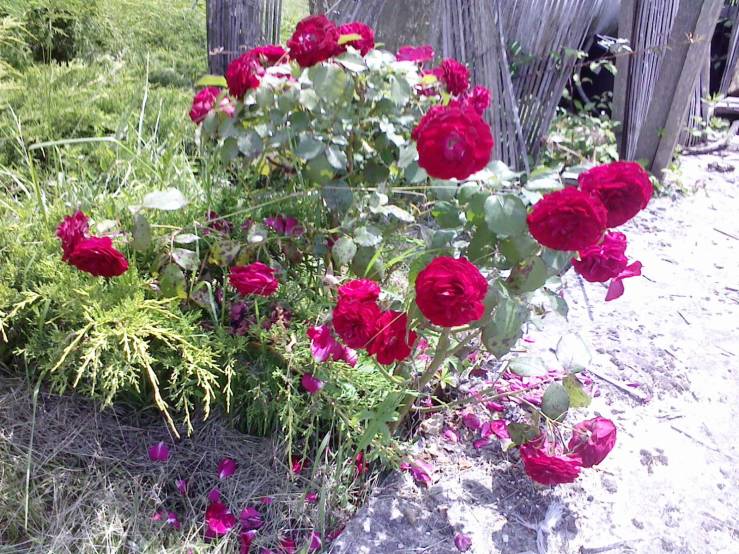 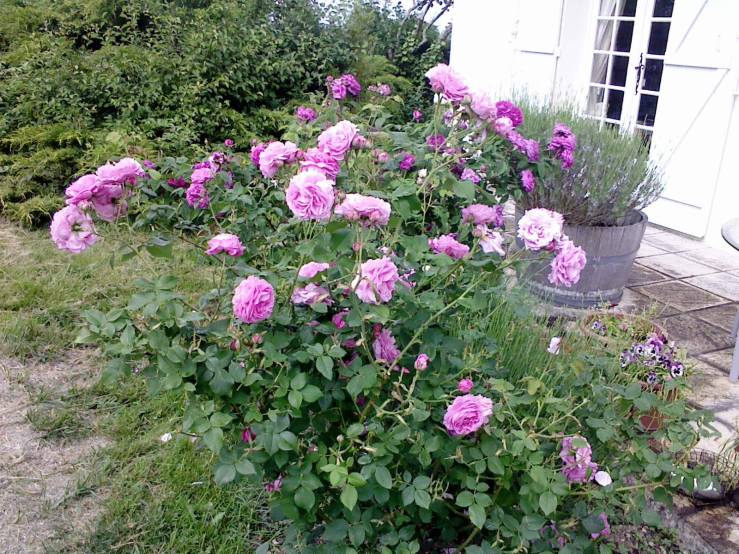 The rain in the winter and spring had many different results – the shrubs in the woodland border have benefitted greatly, the Pitttosporum tobira has practically doubled in size and the Buddleia had much bigger flowers than usual.  I had a great display of roses in May, unfortunately the deer also appreciated them and one deer in particular kept returning day after day to sample the latest blooms. It’s very unusual here to see a deer in the middle of the day. It eventually disappeared,

perhaps an irate vigneron got tired of it eating the new growth on the vines. My hairdresser kindly kept a lot of hair for me, I put it in bags around the roses as it is meant to frighten the deer due to the human scent.

My vegetable garden did badly early in the summer and recovered later.  The heavy clay soil was constantly full of water and the roots of the small plants were unable to breathe or take up nutrients. I lost a lot of plants but had to replant more lettuces, chard, cauliflower, tomatoes, peppers and aubergines.  The irony then was that after 4 months of intense sun and no rain the ground became very hard to plant. After the difficult start, I had huge crops of Mediterranean vegetables, tomatoes, cucumbers, peppers, aubergines, courgettes, and melons.

In the early summer, I visited 2 gardens. The first was at the Chateau de la Mercerie in Charente, with the local Club de l’Amitie in Gardonne.  The Chateau was mainly interesting for the building, which is slowly being restored by the commune, and the beautiful setting. However they have also started to restore a rose, garden, I was puzzled by the names against the roses then realised they are the names of the people who have sponsored them rather then the names of the roses.Then I visited the Jardins d’Eyrignac with my local gardening club in Eymet.  These formal topiary gardens are in the Dordogne but some 2 hours from here.  They are one of the few French formal gardens still in existence, and date from the 17th century. The gardens were turned into romantic English style gardens in the 19th century, but restored by Gilles Sermadiras de Pouzois de Lite and his son Patrick from 1965 onwards.

The gardens are very green, with hornbeams, box, yew, cypresses and lawns. They consist of several garden rooms, including the hornbeam alley, avenue of vases and the green room, neo-Gothic arcades, the manor courtyard, the mirror (a 40m long pond), French parterre, white garden and olive tree garden.  There are also new gardens, a topiary farmyard, garden of water sources and flower meadows.  In the topiary gardens and the mirror gardens there is considerable Italian influence.

All the pruning of the garden is done by hand by the team of 6 gardeners.

I loved the atmosphere of the garden, the tranquillity and the beautiful setting in the dramatic landscape of the Perigord Noir in the eastern Dordogne. My favourite part of the garden was the white garden, full of many different white flowers in formal beds with ponds and fountains.  Including Petunia, Gaura lindheimeri, roses, Hibiscus ‘Diana’, Hydrangeas, Cleomes and Dahlias and bulbs in spring.